How to Install the BLUE heatsink on ODROID-XU4.

If you use this BLUE heatsink, you will meet more frequent thermal throttling than the stock active fan cooler. If you want to keep running heavy computing loads constantly, lower the CPU Max clock to 1.4GHz to avoid the thermal throttling.

Use a long-nose plier or a tweezer. One way to remove the heatsink is to use a retractable ballpoint pen. Remove the ink portion of the pen and then use the hole on the writing end of the pen to push the retaining clips through the holes on the XU4. Once they snap through, carefully rotate them from the other side while pulling on them, and they should come free.
Next, disconnect the power from the fan. Lastly, slowly pull the heatsink and fan away from the XU4. It will take some force as the thermal interface is adhesive. We normally rock the heatsink back and forth while pulling on it. 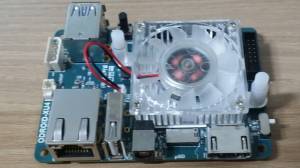 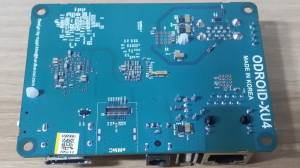 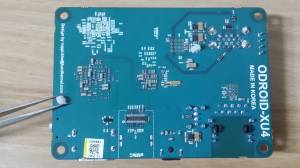 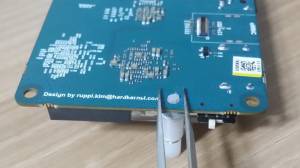 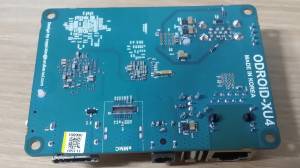 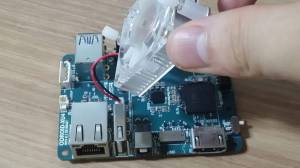 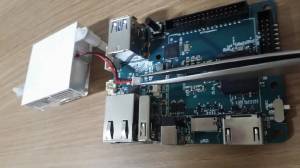 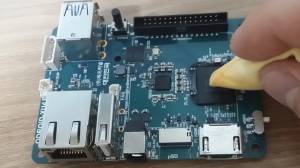 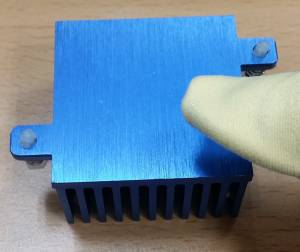 Apply a small amount of thermal paste onto the CPU surface and smear the paste evenly across the surface.

Make sure to cover the entire surface that will mate to the cooler.

Do not need to apply the thermal paste on the heatsink. 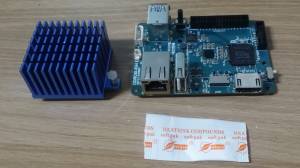 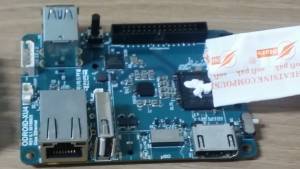 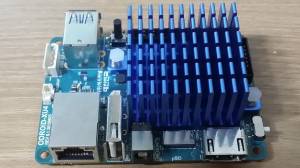 Step5: Assembly the case for the Blue Heatsink

This heatsink is tall and you need to cut the case off to fit it into the official case.
Be careful while cutting off the case. The case is made by strong & durable polycarbonate plastic
Drawing lines on the case with a pen will ease cutting. 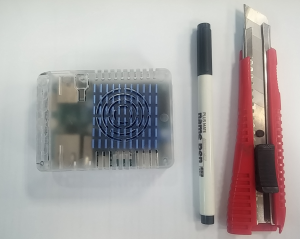 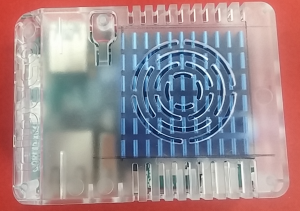 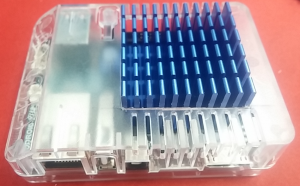